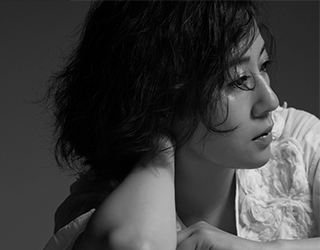 Masami Endo was born and dfostered in Sapporo, Hokkaido in Japan.
Throughout Japan, she is a highly recognized singer-songwriter having had many solo performances and collaborated with many major jazz artists and arrangers including Noriko Sunamoto, Shiro Sadamura, Satoshi Ishikawa, Kei Wada, and Takayoshi Baba.

She made her debut at jazz clubs in Tokyo in 2005. She released her debut album, La Plata Gawa No Mukou (Beyond The River Plate), on April 17, 2013, under TOKYO BEAT RECORD. This album has received extensive radio play from major national stations such as FM Salus 84.1 MHz, FM 81.3MHz, FM NORTH WAVE, Radio Shonan FM 83.1MHz and FM YAMATO 77.7MHz. Endo’s second album, Endorphin, was released on December 11, 2014. She rose to fame with the song Namida (Tears) from her second album Endorphin which was featured on a television program on Akita Television in November, 2014.

Since 2017 Masami regularly performs at Jazz Club JZ Brat SOUND OF TOKYO that offers an excellent selection of players who play quality bebop, modern, and hard-swinging jazz, as well as the occasional pop-oriented rhythm and blues act. She is well-recognized as one of the great musicians who spans a variety of genres and styles, but is consistently top-notch and well established in Tokyo’s jazz scene. Masami has been having a sold-out showcase there.

Lately Masami collaborated with Koichi Nishimura who makes a heart-shaped piece with Washi paper tapes and now has over 1800 pieces at TED*xICU event independently organized by ICU (International Christian University) which is considered to be the most prestigious Liberal Arts College in Japan and has several partner institutions worldwide including The University of California system, University of Pennsylvania, Duke University, Yonsei University, University College London and more. In this event Endo’s Hikousen (Blimp), Namida (Tears), Okinawan Tinsagu Flower were featured.

*TED
TED is a nonprofit devoted to spreading ideas, usually in the form of short, powerful talks (18 minutes or less). TED began in 1984 as a conference where Technology, Entertainment and Design converged, and today covers almost all topics — from science to business to global issues — in more than 100 languages. Meanwhile, independently run TEDx events help share ideas in communities around the world. Close to 50,000 talks at TEDx events have been given at 10,000 events and spoken in 103 languages in 190 countries and over 2,500 cities since the program launched in 2009.